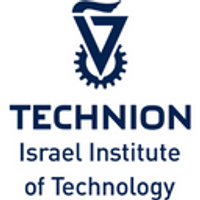 Technion Vision: A science and technology research university, among the world’s top ten, dedicated to the creation of knowledge and the development of human capital and leadership, for the advancement of the State of Israel and all humanity.

Technion–Israel Institute of Technology is a public research university in Haifa, Israel. Founded in 1912, Technion is the country’s oldest university. The institute offers degrees in science and engineering, and related fields such as architecture, medicine, industrial management and education. Although the official language of instruction at Technion is Hebrew, several undergraduate and graduate study programs and courses are taught in English through Technion International. Technion, consistently ranked among the world’s top 50, is a major source of the innovation and brainpower that drives the Israeli economy. Technion graduates represent 70 percent of the high-tech workforce and established Israel’s industrial infrastructure, reinforced its technological defense capabilities, and pioneered its technology-based enterprises, that has earned the country’s reputation as the world’s “Startup Nation” (with the highest concentration of high-tech companies anywhere outside the Silicon Valley). Set on a modern campus, Technion is home to a prominent faculty, among them three recent Nobel laureates, and a long list of notable alumni including engineers, scientists, physicians, professors and entrepreneurs. The institute has also been acknowledged as one of the world’s leading entrepreneurial ecosystems and incubator for future successful entrepreneurs.

The Department of Aerospace Engineering (AE) at the Technion – Israel institute of Technology invites applications for multiple tenured or tenure-track faculty positions at all ranks (Assistant/Associate/Full Professor).Technion’s AE Department is...

Thermo-Fluids and Interfaces LaboratoryFaculty of Aerospace EngineeringOur research is multidisciplinary and spans a wide breadth of activities in the areas of thermo-fluids and interfacial transport phenomena. The focus is on understanding the re...