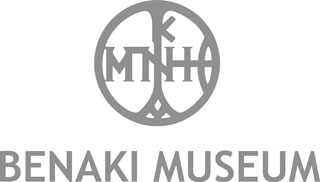 The Benaki Museum, founded by Anthony Benakis and donated to the Greek state in 1931, is the oldest museum in Greece operating as a Foundation under Private Law. With a workforce of 180 employees, it has become to date the most active museum organization in Greece, which counts 6 museums and 4 archival departments, a rich Library, over 500.000 objects of art, books, photographs, archives and rare documents; the Museum welcomes over 150.000 visitors per year and offers a wide range of educational and cultural activities for all ages. By virtue of its collections, the Benaki Museum is best described as the museum of Greek Civilization in all its pertinent manifestations. Due to the nature of its additional significant collections of Islamic art and Chinese pottery, among others, the Benaki Museum is unique in bringing Hellenic culture into dialogue with world cultures. The Museum has earned recognition beyond the Greek borders and made collaborations and partnerships with established cultural entities, including the Metropolitan Museum of Art in New York, the Royal Academy of Arts in London, the Powerhouse Museum in Sydney, the University of Oxford and Princeton University. Its collections feature in Europeana and Google Art Project, among many other digital platforms.

The new millennium marked the expansion of the Museum and its development into a complex structure:

The Benaki Museum is committed to nurturing and diffusing emerging knowledge through its varied and rare collections, supported by an impressive variety of cultural activities that correspond to the interests of the Museum: educational programmes, exhibitions, research and publications, lectures and conferences. Archeology, Byzantine and Post-Byzantine Culture, Neohellenic Art and Material Culture, European Art, Islamic Art, World Cultures; Design, Architecture, Photography, Music, Theatre, History and Literature are the core themes of its public activities.

Become an IB Examiner for Swedish A: Literature International Baccalaureate® (IB) 5 days ago

Become an IB Examiner for Norwegian A: Literature International Baccalaureate® (IB) 2 months ago

Become an IB Examiner for Croatian A: Literature International Baccalaureate® (IB) 6 days ago