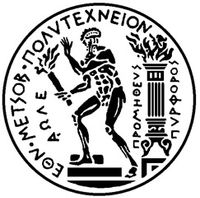 The National Technical University (NTUA) is the oldest and most prestigious educational institution of Greece in the field of technology, and has contributed unceasingly to the country's scientific, technical and economic development since its foundation in 1836. It is closely linked with Greece's struggle for independence, democracy and social progress. In Greek, NTUA is called the "Ethnicon Metsovion Polytechnion" which stands for National Metsovion Polytechnic. It was named "Metsovion" to honor the donors and benefactors Nikolaos Stournaris, Eleni Tositsa, Michail Tositsas and Georgios Averof, all from Metsovo, a small town in the region of Epirus, who made substantial donations in the last half of the 19th century.

NTUA is divided into nine academic Schools, eight being for the engineering sciences, including architecture, and one for the general sciences. The personnel of the nine Faculties include more than 700 people as academic staff, 140 scientific assistants and 260 administrative and technical staff. The total number of NTUA employees is about 1350. The total number of undergraduate students is about 8500 and the graduate students 1500.

The scientific staff in the Schools, together with post-graduate researchers, apart from their teaching and related educational activities, conduct research work assisted by post-graduate students and a considerable number of external collaborators; the amount and the high standards of this research are proved by the numerous publications in International Scientific Journals and Proceedings of International Conferences as well as by the prominent place of NTUA among all Europeans Universities, due to the increasing number of research projects financed by the EU and other Greek and foreign organizations of the public and the private sector.

NTUA operates many of its Laboratories also as "service laboratories", which provide expert advice, tests and measurements and all specialized services in general, within the framework of its technological competence, which can be useful for the development of the country.