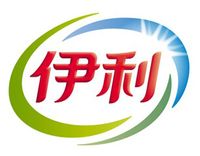 As the largest dairy producer and the dairy producer with the fullest product-lines in China, Inner Mongolia Yili Industrial Group Co.,Ltd has been providing healthy and nutritional dairy products for years. And Yili is the only dairy producer that has served both the Olympic Games and the World Expo in China.

In 2014, the total revenue of Yili was 54.436 billion Yuan, and the net profits were 4.167 billion Yuan, with a 71.19% increasing compared to last year. Both the total revenue and the net profits ranked number one in dairy industry. So far, Yili has invested in New Zealand, corparatd with Italian dairy giant  Sterilgarda Alimenti S.p.A., launched the highest standard overseas R&D Center in Netherlands and developed a broad cooperation with companies and research institutes in the USA.

On September 2015, thanks to the strong push by both Chinese and American leaders, Sino-American Food Wisdom Valley was born amid active agricultural cooperation between the two countries and the project is mainly executed by Yili Group. Today Yili has entered into comprehensive partnership with a wide range of world-class universities, research institutes, and organizations in term of nutrition and health, product development, food safety, agricultural science, animal husbandry and veterinary medicine, eco-environment protection, business management, and talent cultivation. Yili’s partners include top Ivy League schools in America, world top 10 universities, and world’s best universities, colleges, and research institutes specialized in agriculture, management, life science, such as University of Pennsylvania, Cornell University, Yale University, University of Toronto, UC Davis, Wharton School, and University of Minnesota. All this meaningful partnership has brought Yili to the forefront of agricultural food research across most fields in China and America, even in the whole world. This innovative and flexible cooperation synergizes best wisdom resources worldwide, generating far-reaching and profound implications. It has set an example for creative forms of Sino-American cooperation, injecting new momentum into further cooperation, and promoting reciprocal growth so as to bring more benefits to the people of both sides.

Rabobank published " 2015 Global Dairy ranking" and Yili continued to hold a position in top Ten. Yili is again the only Asian dairy industry in the world leading dairy companies since 2014. This is the great accomplishment of Yili's actively promoting "Transfer from Chinese product to Chinese brand" and it is also a demonstration of Yili's global influence and global voice.