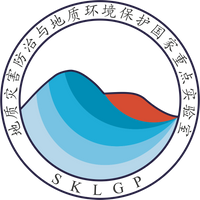 The State Key Laboratory of Geohazard Prevention and Geoenvironment Protection (SKLGP) is located in Chengdu, Sichuan Province, Southwest China. With dozens of years of history, in 1989 it was approved as a state professional laboratory by the State Development Planning Commission and the State Education Commission, established for the state key discipline “Geological Engineering” in Chengdu University of Technology (originally Chengdu College of Geology). It was recognized as the Key Laboratory of Sichuan Province by the local government in 2001. And one year later, it was developed as the State Key Laboratory Base, which was under the joint construction of Ministry of Science and Technology and Sichuan Province. In 2003, it became Key Laboratory of the Ministry of Land and Resources. Upgraded to a State Key Laboratory by the Ministry of Science and Technology in 2007, SKLGP now is an exclusive laboratory in the field of geohazard prevention in China. The present director of SKLGP academic committee is Academician Wang Sijing from Chinese Academy of Engineering, and Professor Huang Runqiu is in charge of the laboratory.

Targeted at the applied basic research of geohazard prevention and geoenvironment protection, SKLGP provides theories and technologies for natural disaster prevention and the state major projects. With its orientation, SKLGP integrates the generation background, forming mechanism, early identification, monitoring and early warning of serious geological disasters, which are either induced by nature or human activities, as well as the theories and methods of project management, forming a first-tier research centre, which combines applied basic research, the development and promotion of advanced technologies, the education of talents with international communication and cooperation, in a comprehensive way to support the national objective of geohazard prevention and geoenvironment protection theoretically and technologically.

With 60 years of state key discipline “geological engineering” development in Chengdu University of Technology, four research directions have been established in SKLGP under the combination of discipline frontier and key problems. They are: 1) serious geohazard assessment and prevention, 2) crossfeed action between human activities and geoenvironment and disaster control, 3) regional geoenvironment evaluation and protection, 4) geohazard monitoring and early warning and geoinformation systems.

In recent ten years, SKLGP has conducted nearly 1200 national and provincial research projects, solving series of theoretical and technological obstacles in geohazard prevention and major state projects. The research subjects involves geoenvironment protection and geohazard prevention, water resources and hydropower development, highway, railway, civil aviation airport construction, urban subway and development of high-rise building, etc. Through the implementation of the research projects, excellent results have been achieved: 3 first prizes and 2 second prizes of National Science and Technology Progress Award, 1 prize of China International Science and Technology Cooperation Award, 1 prize of Gold Medal of National Patent Achievement. And over 60 projects were awarded at ministerial or provincial level. More than 50 monographs and text books and over 3000 papers have been published in home and abroad. The total economic benefits of the projects have reached billions of yuan.

All above is achieved by an invigorating and innovative research team, which is well organized both in age and knowledge structure with strong team spirit. There are five senior engineering geologists like Professor Zhang Zhuoyuan and foreign science consultant Professor Niek Rengers, and a group of young and mid-aged academic leaders, represented by Professor Huang Runqiu. Currently, there are 78 regular staff, among which 61 are researchers, the other are technical controllers. 93.4 percent of the researchers have doctoral degrees, 31 of whom are professors (13 of them are PhD supervisors) with the average age of only 41.0 years old. Young but talented, SKLGP staff have won miscellaneousprizes: three scholars have won National Science Fund for Distinguished Young Scholars, one professor has got the award of National Expert with Remarkable Contributions, two have been granted as National Outstanding Professional and Technical Personnel, four have been honored as the State Class Persons in New Century Talents Project, one has been endowed with the Distinguished Professor of “Changjiang Scholar” by the Ministry of Education, and three have been awarded with Science & Technology Award for Chinese Youth. SKLGP also lays emphasis on the cultivation of student, with over 20 postdoctoral researchers, 150 PhD students and 900 graduate students graduated from SKLGP.

For the opening up and cooperation, there is an open fund set up in the laboratory, subsidizing 15 to 20 open projects, in order to attract more talents from home and abroad to work in SKLGP. Besides, international communication and cooperation are always given high priority to. SKLGP has established long-term and stable academic relationship with the universities and research institutions from the U.S.A, the United Kingdom, the Netherlands, Italy, France, Japan, South Africa, Hong Kong and Taiwan, etc. with memorandum of cooperation all signed. Actively participated in both domestic and overseas academic conferences which are related to engineering geology, SKLGP has organized many international academic conferences, too.

In general, with the support of Chengdu University of Technology, SKLGP will centre on the strategic goal of national economic construction and geohazard prevention, combine the latest results in the field, to establish theories and methods of geohazard prevention, promotes the development of the discipline. And for the most important, geohazard problems in China, especially in West China pose great threat to economic construction and social development, which are urgent to be solved through the research. In the view of this, SKLGP accumulates basic data, material and information which are required for preventing and reducing geological disaster, securing economic activities and protecting public security, in order to provide scientific basis and shared service to the national macro decision.