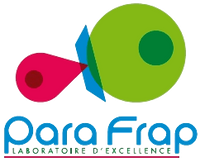 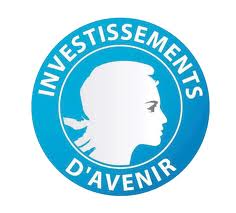 Parasitic infections remain a major cause of morbidity and mortality worldwide; they plague billions of people and kill millions annually, and inflict debilitating injuries such as disfiguration on additional millions. Malaria alone is estimated to cause up to 500 million clinical cases and over one million deaths each year. The vast majority of infections in humans and domestic animals can be attributed to protozoan pathogens responsible for malaria, African sleeping sickness, leishmaniasis, toxoplasmosis, bovine tropical theileriosis and amoebiasis. France has a longstanding tradition in academic parasitology research with several outstanding discoveries in the past. Although today, many groups have a very strong international visibility (2 ERC awards, 2 CNRS silver medals, organizers of prestigious international parasitology conferences) a number of weak points are apparent. Many laboratories work isolated (students and post docs do not know the community) and no common policy exists between laboratories dispersed over many sites in France. This causes an insufficient national/international visibility and low attractiveness for excellent students/researchers. In addition, sharing of competence and technical platforms is mostly lacking leading to a fragmented national parasitology community and duplication of efforts.

Why a national LabEx of parasitology?

France has a long tradition in parasitology research with outstanding discoveries. Laveran received in 1907 the Nobel Prize for his discovery of the protozoan parasite that causes malaria and Charles Nicolle first described Toxoplasma in 1908. Today, the French parasitology community is also pleased that two ParaFrap participants, Stéphanie Blandin (Young European Research Council program) and Elena Levashina are close collaborators of the 2011 Nobel Prize Jules Hoffmann (CNRS-University of Strasbourg, France), who has initiated the work on innate immunity on the malaria mosquito in 2001 in his unit. In addition, a large number of French research institutions host internationally recognized parasitology teams. At the same time, a number of innovative ‘small industry’ (SME) and ‘big pharma’ have demonstrated their interest and implication in combating major human and veterinary parasitic pathogens. However, traditionally, a large gap exists between academic research and industry that need to be overcome to foster national synergies in combating major disease caused by a variety of protozoan parasites. On the other hand, the absence of coordinated parasitology research between institutions leads to duplication of efforts and resources and not adequately national and international visibility of the parasitology community.

In February 2019, following an evaluation process conducted by an international jury, Frédérique VIDAL, Minister of Higher Education, Research and Innovation, and the General Secretariat for Investment (SGPI) revealed the list of the 103 LabEx renewed. The LabEx ParaFrap was thus extended for 5 years (2020-2024). The international panel recognized the excellence of research and training within the LabEx, the strength and dynamics of the established network, the international reference which now is the biennial conference of ParaFrap, and the impact of the LabEx upon the visibility of French Parasitology.

ParaFrap will build on the strengths of the last 8 years to develop a new, ambitious and innovative joint research program. Our network was enriched with new partners selected by our international external scientific advisory board (eSAB) following a call for applications launched at the end of 2018. A new PhD programme will be launched in 2020.

PhD position in Development of vibrational technique for solicitation, measurement and interpretation to characterize the interactions between components of a complex structure in an extreme environment: Evaluation of their application to measurement in t Aix-Marseille Université 3 months ago