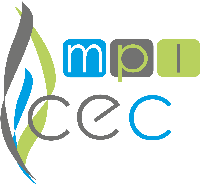 The MPI for Chemical Energy Conversion sees it as its task to investigate the fundamental chemical processes in energy transformation and thus to contribute to the development of new and efficient catalysts. Our approach to this problem is based on a profound understanding of the underlying chemical reactions. Only when we know in detail how the reaction mechanism looks – and above all how the catalyst is involved in it – we can develop improved and sustainable catalysts on a rational basis. For as Max Planck once said: "Insight must precede application."

Multidisciplinarity is a pre-condition for this goal. At the MPI CEC the fields of heterogeneous catalysis, homogeneous catalysis and biophysical chemistry are being explored in combination using state-of-the art experimental and theoretical analysis methods. We are convinced that this combination is the key to understanding and ultimately to controlling fundamental chemical processes.

Challenges for the research field of chemical energy conversion

Whether electrically powered cars, hydrogen storage or fuel cells: The challenges in the field of chemical energy conversion are manifold. The following list provides a short overview of some of the chemical reactions involved which need to be explored in greater depth.

Primary energy is light energy. This energy must be gathered and converted into electrical energy. Significant advancements in the area of photovoltaic have already been achieved, but further progress is necessary.

Since electrical energy cannot be stored and transported in a satisfactory way, it is necessary to store it in the form of chemical bonds. The production of hydrogen from protons and electrons plays a central role here. We are convinced that this hydrogen, which is primarily produced photochemically, must play a key role in future energy management.

The photochemically produced hydrogen can be stored. This is known to be a difficult venture, since the hydrogen molecule is present in the form of a very small, volatile gas, which does not allow itself to be easily stored. The development of suitable storage materials is an important research venture.

The energy stored in the photochemically produced hydrogen can be made usable again in a fuel cell. The development of more efficient fuel cells is a further important research field.

Alternatively, the photochemically generated hydrogen can be converted directly together with other molecules into energy-storage substances, whereby a particularly positive aspect is the activation of carbon dioxide in order to arrive at organic acids or alcohols. Methanol (CH3OH), for example, is thus an attractive energy carrier since it exists in liquid form and displays a high energy density. Another option is to convert atmospheric nitrogen into ammonia (NH3). In both cases suitable catalytic systems are necessary. Both offer the advantage that existing pipelines and infrastructures can be used for their transport.