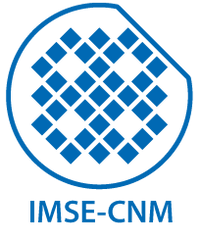 The Institute is dedicated to the field of Physical Science and Technologies, one of the eight areas into which research activity is divided by the CSIC. Its main area of specialization is the design and test of CMOS analog and mixed-signal integrated circuits and their use in different application contexts such as radiofrequency, microsystems or data conversion.

The IMSE-CNM began its operations in October 1989 under the auspices of an agreement signed by the Junta de Andalucía (the Andalusian Regional Government), the CSIC and the Universidad de Sevilla. Its founding research group was initially based on the premises of the Centro de Informática Científica de Andalucía (CICA – Scientific Computing Center of Andalucía), as a subsidiary department of the Instituto de Microelectrónica de Barcelona (Barcelona Institute of Microelectronics). Later, in 1996, it was established by the Governing Board of the CSIC as a Institute in Formation, occupying a building next to the CICA ceded by the Junta de Andalucía. In late 2008, the Institute was enlarged and relocated in new premises purpose-built by the CSIC in the Parque Científico y Tecnológico Cartuja (Cartuja Scientific and Technological Park). On October 2015, by means of a Specific Collaboration Agreement signed by the Agencia Estatal CSIC and the Universidad de Sevilla, the center became a Joint Institute of both institutions.

The IMSE-CNM staff consists of approximately one hundred people, including scientists and support personnel. Most of them work for the CSIC and the Universidad de Sevilla. IMSE-CNM employees are involved in advancing scientific knowledge, designing high level scientific-technical solutions and in technology transfer. Their duties include both research and teaching activities, the latter mainly at official master and PhD degrees.

The projects undertaken at the Institute mostly correspond to EU research initiatives, National R+D Plans and Research Plans funded by the Junta de Andalucía. They focus primarily on implementing innovative concepts in silicon, using either the CNMs own clean room at the Instituto de Microelectrónica de Barcelona (IMB-CNM) or external foundries, mainly from Europractice or CMP IC services.

The Institute also participates in several technology and knowledge transfer activities with microelectronics companies, at both national and international level. These activities take the form of collaboration in numerous research contracts, the organization of training courses and the provision of scientific and technical consultation services for companies and government departments.