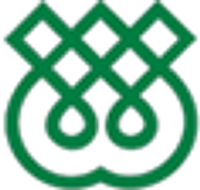 The Institute of Ismaili Studies was established in 1977 with the object of promoting scholarship and learning of Muslim cultures and societies, historical as well as contemporary, and a better understanding of their relationship with other societies and faiths.The Institute’s programmes encourage a perspective that is not confined to the theological and religious heritage of Islam, but seeks to explore the relationship of religious ideas to broader dimensions of society and culture. The programmes thus encourage an interdisciplinary approach to the materials of Islamic history and thought. Within the Islamic tradition, the Institute’s programmes seek to promote research on those areas which have had relatively little attention devoted to them in scholarship to date. These include the intellectual and literary expressions of Shi‘ism in general, and Ismailism in particular. In the context of Muslim societies, the Institute’s programmes are informed by the full range and diversity of cultures in which Islam is practised today. Particular attention is also given to issues of modernity that arise as Muslims seek to relate their heritage to contemporary circumstances. The Institute collaborates with several institutions of learning. For example, the graduate teaching programmes of the Institute have collaborated at various stages with McGill University, The University of London’s Institute of Education, The School of Oriental and African Studies (SOAS), The University of Jordan and faculty-members of a number of universities in the United Kingdom and elsewhere. Further details regarding the Institute’s programmes and activities are included in Dr Paul Walker’s article on The Institute of Ismaili Studies, originally published in Encyclopaedia Iranica.

Become an IB Examiner for Lithuanian A: Literature International Baccalaureate® (IB) 1 month ago

Become an IB Examiner for Khmer A: Literature International Baccalaureate® (IB) 1 month ago