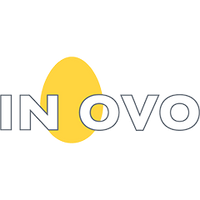 Young spin-off in Leiden, the Netherlands

In Ovo B.V. is a young spin-off from Leiden University. The company was officially founded in 2013, right before the groundbreaking research into a novel and pragmatic gender screening solution for chicken eggs continued to the proof-of-concept phase. The two founders are former Leiden students Wouter Bruins (biology) and Wil Stutterheim (biomedical sciences), who also have a background in knowledge valorisation (science based business) and started the gender screening project back in 2011.

The company focuses on the development of biology/biotech-based solutions for the poultry industry that increase both efficiency as well as animal welfare. In Ovo is one of the only biotech companies active in the poultry industry. We closely work together with hatcheries, equipment manufacturers, hatchery automation companies, feed companies and research institutes at Leiden University. For our gender screening project, that reached proof-of-concept in 2016, we also collaborated with the Dutch government and a large animal welfare organisation.

With our groundbreaking gender sorting technique, In Ovo is the first to develop a high-throughput sorting solution for fertilised chicken eggs. By only selecting female eggs for further incubation halfway through the breading process, it is possible to stop the yearly culling of 3.2 billion day-old male layer chicks. These chicks do not lay eggs and are inefficient meat producers and do not have any value for the poultry industry. By removing male eggs at an early stage, we can improve the efficiency of hatcheries and make the breeding process more animal friendly.

In 2015 we started with a second project, aiming to provide newly hatched chicks with feed and water while they're still in the incubator. Currently, chickens are expected to hatch sometime during the last 72 hours of the breeding process, but do not normally have access to feed and/or water. Together with an equipment manufacturer and a feed company, we developed a solution, including a novel type of feed that stays moist in incubators. This early feeding concept is currently being optimised and has already been sold to several hatcheries in Europe and North-America.

In 2017 we're launching two new projects. In one of them we want to 'upcycle' the fertilised male eggs that were taken out of the incubation process in the gender screening project. We consider these eggs to be high-value resources of proteins and other compounds and they should not go to waste. For this project, we are currently looking to hire an experienced microbiologist.