AeroTex UK (ATX) is a micro-SME based in Farnborough, Hampshire, UK. The company specialises in atmospheric icing and structural dynamics/aeroelasticity, which are underpinned by a core strength in mathematical modelling and simulation. Whilst ATX is a small consultancy, we have a world-class reputation and work globally for a wide range of organisations:

ATX is particularly active in research, having PhD students and Post-Doctoral researchers from UCL regularly spending time with us.  ATX have been partners in many EU funded research programmes:

To support our work ATX has developed a suite of codes for the simulation of various icing conditions including ice protection systems. These codes are licensed to airframers, Tier 1 aerospace suppliers and wind turbine manufacturers.

FRAeS, FInstP, CPhys, FIMA
Roger has over 35 years experience in aircraft icing, and 23 years experience in rotorcraft air vehicle performance assessment, mostly as an employee of QinetiQ/DERA/DRA/RAE. He joined AeroTex in May 2007. He was responsible for developing the first generation icing codes, such as TRAJICE2, used widely within the Aerospace Industry in the UK. His experience covers design, analysis, icing wind tunnel testing, and flight test, as well as icing instrumentation. He has extensive experience in both military icing Release to Service (RTS) and civil icing certification programmes, with icing experience from Typhoon, C130J, ASTOR, MRA4, A400M, Phoenix, Watch Keeper, and Merlin, Chinook, Lynx, Puma and Apache helicopter icing release programmes. He is recognised internationally as a world icing expert and has organised and chaired sessions in many well respected icing symposia. Publications include the Royal Society.

ARAeS, MEng (Hons)
Richard has been involved in aircraft icing for over 17 years, working on a wide range of projects, including fundamental research (Super-cooled Large Droplets, SLD), civil jet transports (Boeing 787) and rotorcraft (Merlin and Apache). He has been heavily involved in both the development and application of several icing codes (2D and 3D), and has taken part in many icing wind tunnel test campaigns, including acting as Trials Manager, in some of the worlds major icing test facilities. He has also participated in natural icing flight trials for the Merlin and Apache helicopters. Richard is recognised internationally within the aircraft icing world, having organised and chaired sessions for both AIAA and SAE conferences.

BSc(Hons)
Colin has worked in the field of structural dynamics, vibration and dynamic testing for over 30 years, mostly as an employee of QinetiQ/DERA/DRA/RAE, but has been with AeroTex since April 2010. He has been involved with modelling and testing a wide range of items from satellite structures, avionics systems, full aircraft, scaffolding structures, hand tools and composite rotor blades. He was responsible for the active and passive dynamic design of a series of model rotor blades in an MOD funded programme aimed at reducing through life costs and improving performance. He was also responsible for modelling work in a research programme for the CAA/DTI/DoT, as a result of the Lockerbie incident, involving the analysis of internal explosions on aircraft structures. He has experience of analysis types ranging from harmonic and normal modes analysis through to highly non-linear rapid transient events. He has been widely used by the MOD to provide advice on vibration and dynamic related issues. He has represented the UK in organising and chairing collaborative programmes of work within Europe and is recognised and well respected within the rotorcraft community.

PhD, MEng(Hons), MRAeS
Ian has over 15 years of experience in the field of aeroelastics, structural dynamics and mathematical methods. Prior to joining AeroTex in 2011 he worked at both BAE Systems and QinetiQ. He was awarded the BAE Systems Chairman’s Award for Innovation for the application of novel methods to reduce analysis time for non-linear aeroelastic problems. At QinetiQ Ian was the Lead Engineer in the Aerospace Consulting Practice and also the Functional Lead for Loads and Aeroelastics. He has worked for and with a range of companies and organisations including: MOD, Airbus, BAE Systems, Agusta-Westland, DLR, ONERA and MBDA. In addition he has developed a wide range of computational codes for mesh movement, design space mapping/optimisation, aeroelastic analysis and structural optimisation.

Become an IB Examiner for Swedish A: Literature International Baccalaureate® (IB) 1 week ago

Become an IB Examiner for Lithuanian A: Literature International Baccalaureate® (IB) 1 week ago

Become an IB Examiner for Danish A: Literature International Baccalaureate® (IB) 1 week ago

Become an IB Examiner for Croatian A: Literature International Baccalaureate® (IB) 1 week ago 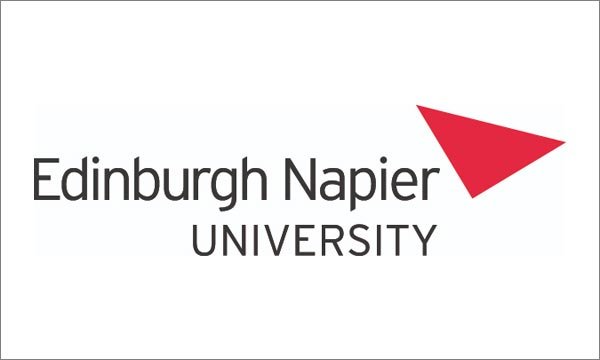