Going Nuclear to Save Time

Have you checked the time yet today? We rely on our watches, clocks and phones to keep our lives on schedule. But who sets the time, and how do we know it’s correct?

Meet Professor Iain Moore from the Exotic Nuclei and Beams group at the University of Jyväskylä in Finland. Iain, in collaboration with other international researchers, is working towards the realization of a nuclear clock that will be ten times more accurate than the current generation of atomic clocks used to calculate our time right now. “It will be far more precise than anything that we wear on our wrist,” he says. “This clock would potentially lose one second in more than the age of the universe.”

You might be wondering, why do we need such an ultra-precise nuclear clock? Iain explains, “There are many possible applications, from Global Positioning Systems (GPS) to looking at the possibility that the fundamental constants that we know in the universe, that we think are constant, may actually vary in time. These clocks have such a precision that they may be able to add to our understanding of very fundamental things.”

The atomic clocks we use now operate on the principle that electrons around an atomic nucleus change energy states. When they oscillate from an excited state back to the base level, the electrons release energy in the form of electromagnetic waves. Each second that passes by is the time it takes for 9.2 billion of these oscillations to occur in the atom of a caesium isotope called caesium-133.

In contrast, the nuclear clocks that Iain and his colleagues are working on are based on changes in the energy state of the nucleus itself. Normally, it takes an enormous amount of energy to cause nuclear excitation, far surpassing that available from modern laser systems that are used to drive oscillations between states in atoms and ions in many optical clocks. Luckily, in recent years, researchers have discovered a very low energy state in an isotope of thorium called thorium-229 that would work. “It’s the only isotope out of the around 3,300 isotopes that we know to date that could possibly be used as a future time standard,” Iain says.

However, thorium-229 doesn’t occur naturally on Earth. It has to be manufactured, posing a challenge to the development of a nuclear clock. Fortunately, the University of Jyväskylä has an accelerator facility that allows Iain’s research group to produce these types of exotic isotopes. Current efforts at the facility are focused on a production method which fuses together protons from the main accelerator with novel inkjet-printed targets of the stable isotope of thorium, thorium-232. “By evaporating off neutrons in the reaction, we have the possibility of producing thorium-229 in a unique way,” explains Iain. “In addition to the interest in thorium-229, these reactions are now being exploited to access a whole slew of actinide isotopes in an EU-wide effort to better understand the underlying nuclear structure and chemistry of these heavy elements.”

Iain notes that in contrast to similar large-scale facilities in Europe, their facility is intrinsically part of the physics department, which allows them to perform cutting-edge research and also teach. “We have an excellent opportunity to train the younger generation of researchers, not only in basic nuclear physics, but also in methods directly applicable to commercial interests,” he adds. The commercial aspect of the accelerator laboratory is important as many international satellite companies pay to test electronics at the facility to see if they will survive the hazardous radiation in outer space. Iain mentions that they also have a lot of infrastructure in the laboratory supported by EU and UK funding and collaborate extensively with research groups in Japan, Europe, Canada and the US. “This allows our younger researchers to travel to different facilities to build up experience and then to bring the experience back here that we can use in our own laboratory. So it’s not really a job. We’re basically paid to have fun while we work,” he says.

This international exchange of expertise has helped the accelerator laboratory to make its mark on the field. “We are a relatively small facility, but we have a very large impact on both the European- and the worldwide scale,” says Iain. This is one of the reasons that he has stayed in Jyväskylä for so long—he moved there after a period of two years in the US for a postdoc in 2004. Another has been the freedom to pursue the type of multidisciplinary research that he enjoys and that he thinks is essential for top-quality research. He says, “The best science is done when you take excellent individuals that recognise they are good at certain types of things, and you put them all together. You form something that is greater than the sum of the individual parts. So for me, that’s what’s kept me here. We’ve maintained, over the last 15 to 17 years that I’ve been here, an evolving group of people that has just been wonderful to work with.”

The University of Jyväskylä is a nationally and internationally significant research university and an expert on education that focuses on human and natural sciences.

The University of Jyväskylä is a nationally and internationally significant research university and an expert on education that focuses on human and natural sciences. 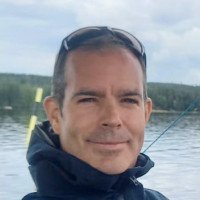 More jobs from University of Jyväskylä

Applications are invited for a 4-year fully funded PhD position to study...

The faculty of Information Technology is currently seeking to recruit a...