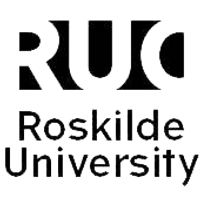 Roskilde University was originally established in order to challenge academic traditions and to experiment with new ways to create and acquire knowledge. At RUC we cultivate a project and problem oriented approach to knowledge creation, because we believe that the most relevant results are obtained by solving real problems in collaboration with others. We employ an interdisciplinary approach because no major problems are ever resolved on the basis of any single academic discipline alone. We also cultivate transparency, because we passionately believe that participation and knowledge-sharing are prerequisites for freedom of thought, democracy, tolerance and development.

...and shape the future

We shall create the opportunities that no one can yet imagine. We must also help to develop sustainable solutions to the major challenges we will face in the future, both nationally and globally, in areas such as the environment, inequality, democracy, health and cultural coexistence.

Roskilde University is a Magna Charta Universitatum member institution. The Magna Charta Universitatum is a document that was signed by 388 rectors and heads of universities from all over Europe and beyond on 18 September 1988, the 900th anniversary of the University of Bologna. The document contains principles of academic freedom and institutional autonomy as a guideline for good governance and self-understanding of universities in the future.
Academic freedom is the foundation for the independent search for truth and a barrier against undue intervention for both government and interest groups.

In 2017, Roskilde University has been included in the prestigious Times Higher Education Young Universities Rankings for the first time. RUC is ranked in the 101-150 band. The ranking lists the world’s best universities that are aged 50 years or under and includes 200 institutions in total. Rector at Roskilde University Hanne Leth Andersen states, “Our problem-oriented approach to education is highly relevant in a changing world where researchers and students need to engage with the rest of society. Our presence on the list shows acknowledgement of RUC’s unique characteristics.” According to the Times Higher Education: “Institutions must demonstrate high standards of performance across teaching, research, international outlook and knowledge transfer to feature in the list.”

Associate Professorship in Consumption, Culture and Commerce University of Southern Denmark 1 month ago

PhD position in Architecture for the project: Disabled Users and Digital Design Practice The Royal Danish Academy of Fine Arts, Schools of Architecture, Design and Conservation 1 month ago
More jobs