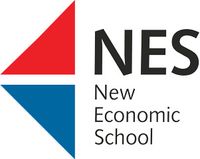 The New Economic School is a private school of economics.

NES is a research oriented academic institution. SSRN (Social Science Research Network) ranks NES in the top 50 economics departments in the world (http://hq.ssrn.com/rankings/). RePEc ranks NES the 2-nd in the top 25 institutions in Russia (https://ideas.repec.org) and first in the ranking of “the most popular universities in Russia in 2015” among the “institutions of higher education in the field of management” (economics, finances, and law).

NES's professors, students, and alumni work together with the Centre for Economic and Financial Research (CEFIR) in several areas of research. According to RePEc, CEFIR is among the top 25 Economic Policy Think Tanks in the world, and it is ranked first among Russian think tanks in this particular field (the Global Go To Think Tank Index 2015).

The New Economic School (NES) announces the start of an open competition to fill the vacancy of the Rector. Direct subordination: NES Board of Directors.Place of work: Moscow, Russia.NES is a non-governmental educational institution. The School wa...