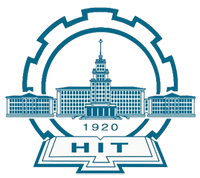 Harbin Institute of Technology (HIT) was founded in 1920. From its beginning, HIT has received preferential support from the central government. In 1954, the Ministry of Higher Education designated, for the first time, six national key universities. HIT was the only one of the six outside of Beijing. In 1984, HIT again found its way onto the list of 15 national key universities to receive special support. In 1996, HIT was among the first group of universities to be included in Project 211. This project targets 100 institutions of higher education in China to receive preferential support for development in order to become world-class universities in the 21st century. In 1999, HIT was listed as one of the top nine key universities in China. This distinction provided HIT with the opportunity to develop into a highly-competitive first-rate university with the assistance of the Ministry of Education and the Heilongjiang Provincial Government.