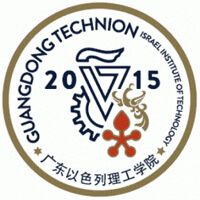 On April 2015 Technion and its partners received formal approval from the Ministry of Education (MOE) of the People’s Republic of China to prepare the new campus and work is well-advanced on designing the Phase I campus (the North Campus) adjacent to Shantou University. Governor Zhu Xiaodan of Guangdong Province hosted a festive meeting in Guangzhou in July 2015, which was attended by Technion President, Prof. Peretz Lavie and other dignitaries including campus designers. At that meeting an expedited plan for establishing GTIIT was launched. Construction started in October 2015 and the 90,000 sqm campus space will be completed in 2016. It will consist of modern facilities, providing the infrastructure required for high-level education and research in engineering and science disciplines. Modern dormitories and an attractive ambience will make the campus a great home for students, as well as for faculty recruited from the leading universities and research centers of the world.

Planned as a “research university” from day one, in parallel with preparing and teaching degree programs under the guidance of Vice-Chancellor and Nobel Laureate Professor Aaron Ciechanover, GTIIT will house research centers focused on key issues of the 21st century: namely cleaning and protecting the environment; the sustainable production of energy; and improving human health. As is expected of a university of this type, a significant part of undergraduate teaching will be conducted by professors who are active researchers. These same researchers will also supervise post-graduate research students, so  students at Guangdong Technion will be able to obtain Technion degrees at all levels –Bachelor’s, Master’s and PhD.

Affiliated closely with the Technion in Haifa, Guangdong Technion will be able to leverage the strengths of the Technion in engineering and science – not only in research and education, but also in innovation and entrepreneurship. As part of Phase 2 planning (the South Campus), the extended campus will include industrial innovation centers – both for R&D sites for existing companies and also for incubating or accelerating new start-up companies.