The European Centre for Medium-Range Weather Forecasts (ECMWF) is an independent intergovernmental organisation supported by 34 states.

ECMWF is both a research institute and a 24/7 operational service, producing and disseminating numerical weather predictions to its Member States. This data is fully available to the national meteorological services in the Member States. The Centre also offers a catalogue of forecast data that can be purchased by businesses worldwide and other commercial customers. The supercomputer facility (and associated data archive) at ECMWF is one of the largest of its type in Europe and Member States can use 25% of its capacity for their own purposes.

The organisation was established in 1975 and now employs around 350 staff from more than 30 countries. ECMWF is one of the six members of the Co-ordinated Organisations, which also include the North Atlantic Treaty Organisation (NATO), the Council of Europe (CoE), the European Space Agency (ESA), the Organisation for Economic Co-operation and Development (OECD), and the European Organisation for the Exploitation of Meteorological Satellites (EUMETSAT).

ECMWF is based in Reading, UK. 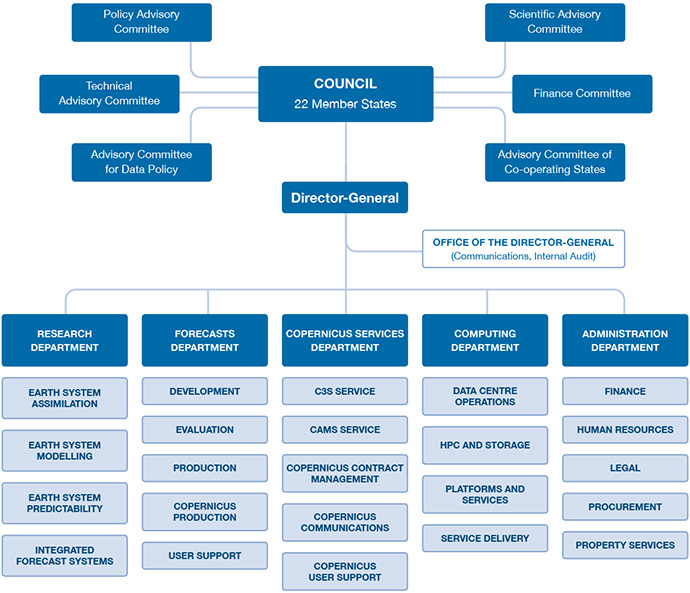 Published 1 day ago
Closing in 3 weeks

Analyst to work on the Data Handling System (DHS)

Published 1 day ago
Closing in 1 month

Published 1 week ago
Closing in 3 days

Published 1 week ago
Closing in 3 weeks