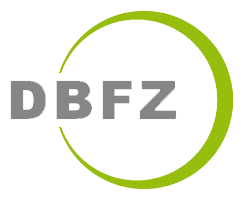 The Deutsches Biomasseforschungszentrum (DBFZ) was founded on 28 February 2008 in Berlin as a non-profit LLC (gGmbH). The Federal German Government represented by the Federal Ministry of Food, Agriculture and Consumer Protection (BMELV) is the sole shareholder of the DBFZ. On 17 March 2008 the DBFZ acquired the former Institute for Energy and Environment gGmbH, including its entire real estate, and the two companies were fused into one on 17 June 2008. Among the advantages of this fusion was that the excellent technical expertise and the contacts of the Institute for Energy and Environment in the field of utilisation of biomass for energy production could be integrated into the DBFZ. Scientific research commenced immediately after the foundation of the DBFZ. The DBFZ took over and continued work on third-party funded projects of the Institute for Energy and Environment and new research projects were launched. 161 Scientists are currently working at the DBFZ in the Research-Areas Bioenergy Systems, Biochemical Conversion, Thermo-chemical Conversion and Biorefineries.