What's the difference between a Lecturer and an Associate Professor? What about a Professor and a Reader? While there will be some differences university to university, here's a breakdown of the most common academic job titles used in the UK.

The PhD (called the D. Phil at Oxford and Cambridge) is the highest academic degree and it is a requirement for almost all academic positions. A UK PhD lasts three years during which time the student works full-time on a research project overseen by their supervisor. Unlike an American PhD, UK PhDs are not required to teach during their doctorate. To earn their degree, the student produces a thesis which is then orally defended in a process called a “viva”.  UK PhDs are often funded by grants from national/European funding bodies awarded to the department or supervisor.

After earning their PhD, many researchers in STEM go on to a postdoc. A postdoc allows the researcher to continue their training in another lab and further specialise in a particular field. The difference between assistantship and fellowship comes down to funding and independence. An assistant works on a project developed for and funded by a grant awarded to the Primary Investigator. A fellowship is awarded to the postdoc giving them a larger say in the scope of their project. Postdoc positions are usually two to three years and it is not unusual to do more than one postdoc.

These are primarily teaching positions that are not on permanent contracts.

This is the entry level permanent academic position after a few years of fixed term research or teaching positions. A lecturer is analogous to an assistant professor in the US. They are responsible both for teaching undergraduates and conducting research. They usually have an initial probation period of three to four years after which their appointment becomes permanent. There are three ways to be promoted from an lecturer: apply for a vacant position, be nominated for a promotion by the department heads, or (most commonly) apply for a promotion internally.

This is the most senior academic position in the UK. Unlike in the US where almost all associate professors will be promoted to full professors, appointments to professorships are considerably rarer in the UK. This makes the the position roughly equivalent to an American endowed chair. In addition to research and teaching, UK professors are expected to take on an academic leadership role in the department or faculty. Professors hold a “chair” in a subject which can be either established or personal. Established chairs exist independently of the person who holds it, and if they leave the chair can be filled by someone else. A personal chair is awarded to a specific individual in recognition of high levels of achievement. If they leave, there is no guarantee the chair will be available for someone else.

A dean is an permanent administrative and managerial position leading a faculty. It is not part of the academic career path per se, however deans also hold a professorship in their respective departments.They are oversee the teaching, hiring, policy and strategic vision implementation across the department in their faculty and as such rarely teach. Deans almost always have an academic background and have previously held positions with administrative responsibilities such as department head or assistant/associate dean. Candidates who apply to vacant dean positions are evaluated by a search committee that makes a recommendation to the provost or president who makes the final decision.

Post doc on the study of marine plankton response to environmental forcings : application of automated imaging methods to the analysis of a sediment trap time series off Marseille Aix-Marseille Université 2 days ago 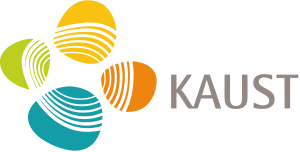 Karolinska Institutet Researchers Investigate Why We React Differently to COVID-19

One of the striking features of COVID-19 is the big differences between ...

The Unexpected Benefits of Doing a PhD Abroad

There are also so many benefits to doing a PhD abroad, from both a caree...

Do You Need Publications to Apply for a PhD Program?

The publication question comes up all the time when talking about grad s...

How to Email a Potential Supervisor

This type of introductory email is an important part of the graduate sch...

The Difference Between a CV and a Resume

In non-academic environments, the terms CV and resume are used almost in...

These journals just want your money.