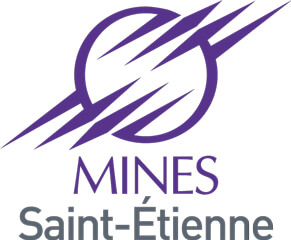 The MINES Saint-Étienne, founded in 1816, is a member of the Institut Mines-Télécom - France's leading group of engineering and management grandes écoles, positioned on the major changes of the 21st century: digital, environmental and energy, industrial and educational transformations.

Saint-Etienne is a welcoming and dynamic city with a wide range of leisure activities (various sports, national drama centre, opera, city of design...), at the gateway to nature (Pilat massif, Loire gorges...) but with quick access to major cities (less than an hour from Lyon and three hours from Paris by TGV).

The Henri Fayol Institute, one of the school's 5 training and research centers, brings together professors in industrial engineering, applied mathematics, computer science, environment and management around the theme of overall business performance. The Henri Fayol Institute is strongly involved in flagship projects of the Industry of the Future and the City of the Future.

Contribute to a collaborative effort on the development of the ETSI Smart Applications REFerence Ontology (SAREF). Integrate the ongoing collaborative Specialist Task Forces funded by ETSI, and contribute to harmonize and facilitate the use of SAREF so as to support its usability and adoption.

To cope with this, the European Commission has promoted the SAREF ontology in collaboration with ETSI SmartM2M TC since 2014 with the goal of providing and maintaining a common data model over time to ensure interoperability. The SAREF ontology is a reference data model enriched with formal semantics, intended to enable interoperability between solutions from different providers and among various activity sectors in the IoT, thus contributing to the development of the global digital market. The development of SAREF is a collaborative effort that involves many experts from different European institutions, including MINES Saint-Étienne.

Over time, SAREF has evolved into a suite of ontologies that includes a general-purpose ontology (i.e., SAREF core, which is currently in its third release), 11 extensions, and an ontology pattern. It further defines a clear workflow for development and versioning and provides a portal to its user community for documentation and collaborative development.

SAREF is documented at a public portal and open source. The SAREF development framework and workflow has been specified [ETSI TS 103 673] and the SAREF pipeline software is used for its continuous integration and deployment.

Objectives of the fellowship

You will become an essential contributor to the scientific development of two Specialist Task Forces funded by ETSI, with the macro-objective to support the usability and adoption of SAREF. More in details, our main objectives are to harmonize and facilitate the use of SAREF by:

This postdoc position requires good knowledge in semantic web technologies, good specification writing skills, ability to participate and report in international projects, and some level of coding skills (java/python, front-end development, devops).
Interviews may be conducted starting November, with the objective to fill the position early 2023 and during 18 months.
To apply, please send your CV, cover letter, and any other useful information, to :
https://institutminestelecom.recruitee.com/o/postdoctoral-fellowship-development-of-the-etsi-saref-ontology-18-months

Mines Saint-Etienne (MSE), one of the graduate schools of Institut Mines Télécom, the #1 group of graduate schools of engineering and management in France under the supervision of the Ministry of the Economy, Industry and Digital Technology, is as...

The École Nationale Supérieure des Mines de Saint-Étienne (Mines Saint-Etienne), a school of the Institut Mines Télécom (IMT), under the supervision of the Ministry of the Economy, Finance and Relance, is responsible for training, research an...

The MINES Saint-Étienne, founded in 1816, is a member of the Institut Mines-Télécom - France's leading group of engineering and management grandes écoles, positioned on the major changes of the 21st century: digital, environmental and energy, indu...

The MINES Saint-Étienne, founded in 1816, is a member of the Institut Mines-Télécom - France's leading group of engineering and management grandes écoles, positioned on the major changes of the 21st century: digital, environmental and energy, indu...